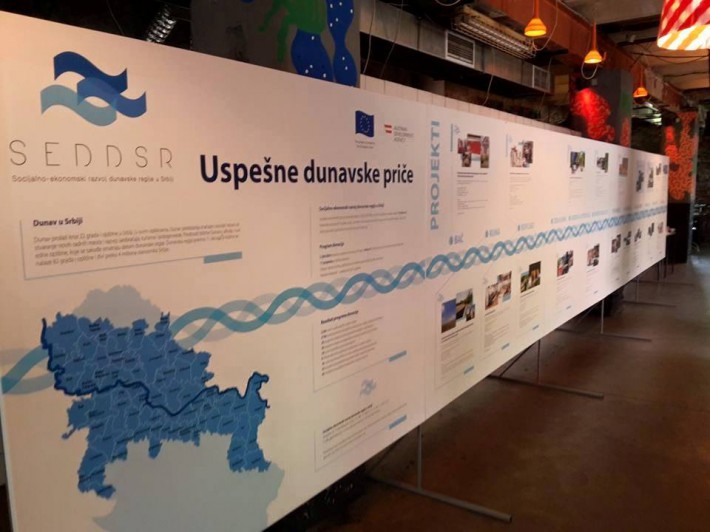 Yesterday, The Day of the Danube was celebrated in the European Centre for Culture and Debate “Grad”.  Serbia joined tradition which is fostered since 2004  in 14 European countries in the Danube basin and represents the largest river festival of this type in the world. The event was organized by the project “Social and economic development of the Danube region in Serbia” funded by the European Union and implemented and co-financed by the Austrian Development Agency (ADA). The event was opened by Oskar Benedikt, Deputy Head of the EU Delegation in Serbia, Lucretia Djeri, State Secretary in the Ministry of Tourism, Trade and Telecommunications and Wolfgang Wagner, Minister Counselor at the Embassy of Austria in Serbia, who emphasized the importance of the Danube for the overall development of Serbia and the support that the European Union offers to Serbia on the implementation of the Danube Strategy in Serbia.

At the panel discussion “Development prospects of the Danube region in Serbia” participated, among others, Mark Čadež, President of the Chamber of Commerce of Serbia, Gordana Plamenac, director of the Tourist Organization of Serbia and Dragan Milic, Mayor of Veliko Gradiste. The discussion was led by Boris Čamernik, Secretary General of the Danube Competence Center.

Camping Association of Serbia had a representative at this event because CAS implemented the project through a grant from the Danube strategy.